THE INVITE FOR ARTISTS

If you have contributed a piece of your work to VULCANICUS - the time capsule of art - then it is easy and you have to do nothing. Just tell Art Blue in what ways you like your work to be presented:

a) SHOW: Holding your art presented in the inner sphere by Art Blue, via „12 artholder avatars“, or by yourself or someone you authorise [no copy, no mod, no trans]
b) GIFT: Giving your art [no copy, no mod, no trans] to each visitors of the installment at LEA14 during the exhibition [ending June, 30, 2015]. The art will get visible later on the rezz-day of the visitor [once a year]. The other days it will stay hidden in a small moon, a thiny „Meles sphere“ [made by Giovanna Cerise]. 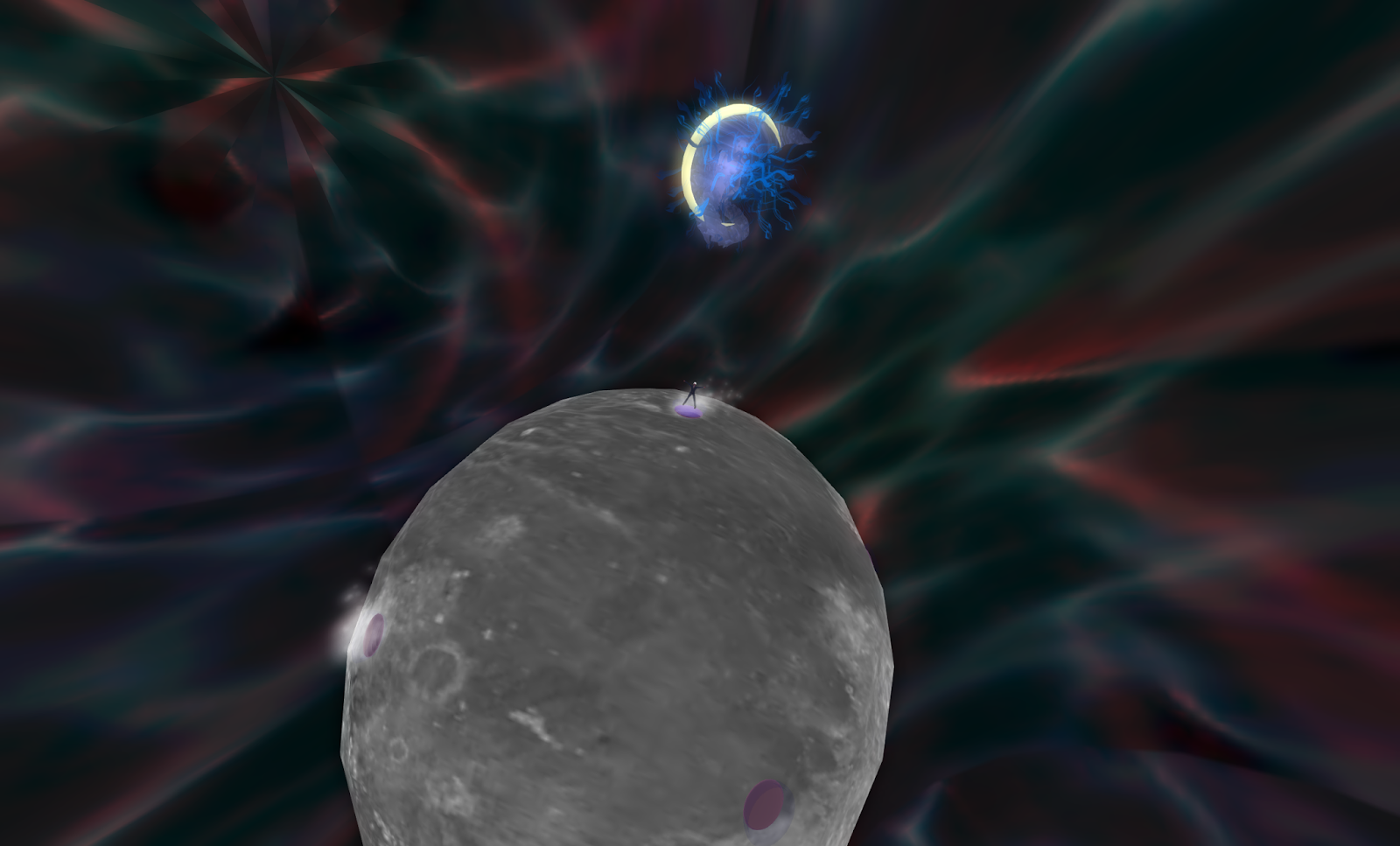 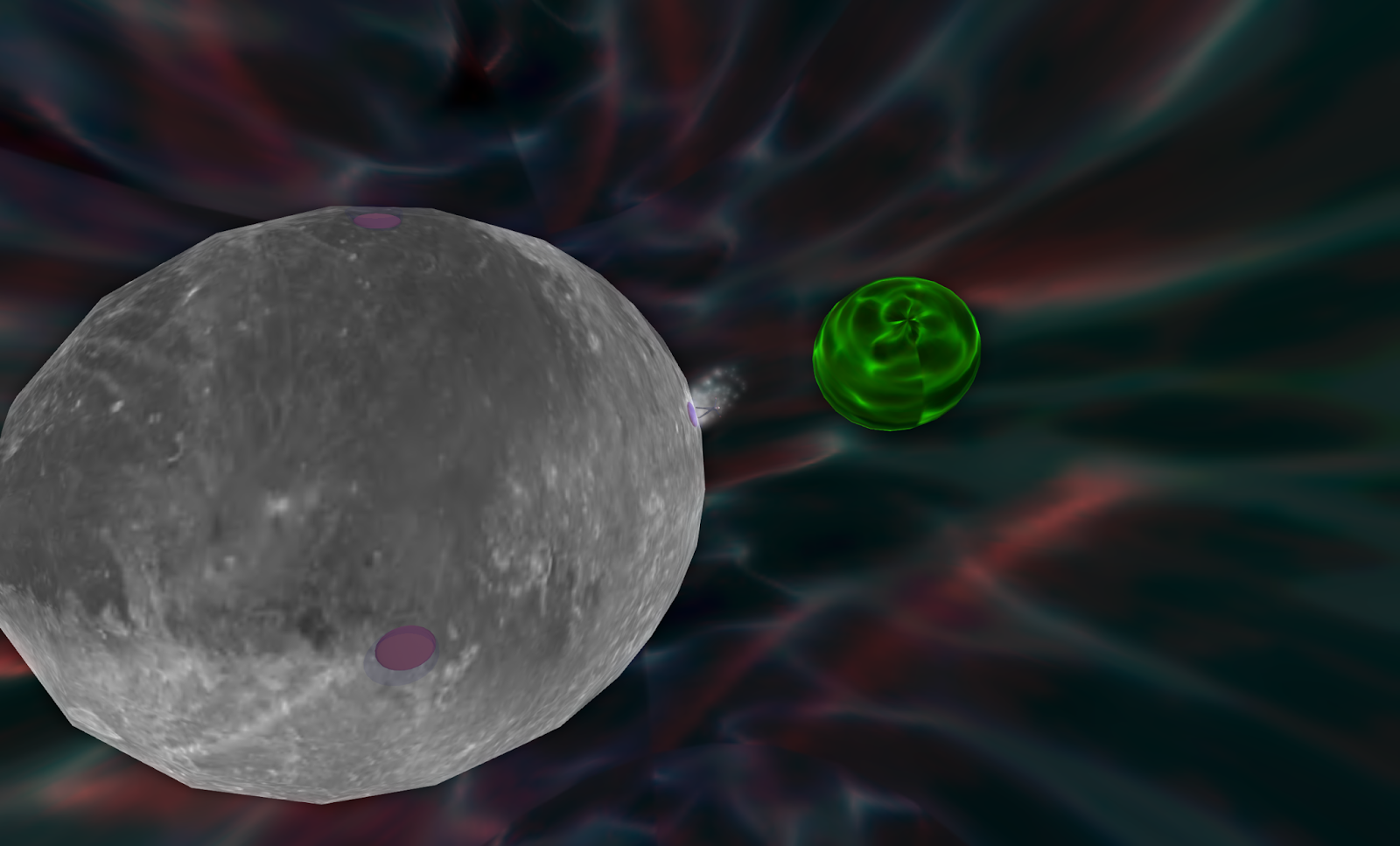 c) If you want to take part as a new presenter, then ask for the VITruvian-Pose and the scripted „tiny Meles sphere“ that will hide the art inside when there is not the personal rezz-day [the script is set unter MIT/open licence].

Read also in facebook about the MOONREZZER: There will be many stories to tell about the MOON, about the art the MOON carries. Also about you walking on the MOON holding a piece of art into the sphere of SOLARIS that encapsulates the MOON. The story will be told by The Algebraist, the AI living in a core of ice in the center of the MOON where zero gravity is reported to exist. We dont know if the MOON is Meles II, but lets say it is as what else is Prof. Moriarty seeking for having company by the lovely Countess Regina Bartholomew he rezzed? 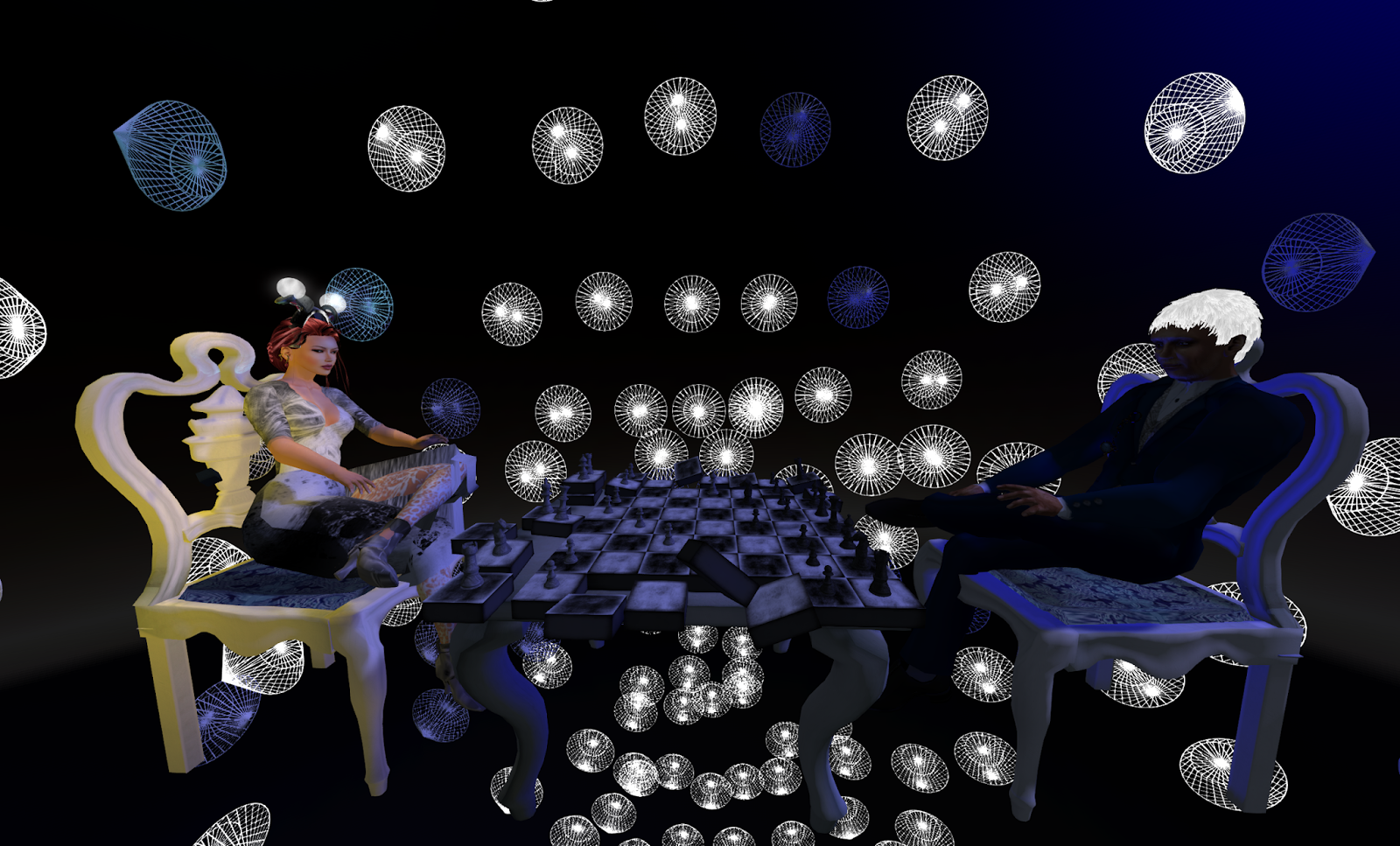 Art Blue speaks with Chance Acoustic, creator of the Room Ferrisquito, about the travel to The Moon. [Chess game made by Cherry Manga, Moon diamonds by Giovanna Cerise]

Posted by Afterlife.Dev at 07:40 No comments:

FIRST LOOK ON THE MOONREZZER

This is not THE MOON. THE MOON will be the center of the installment. Is this the REZZER for the MOON? We dont know. It might be Meles II. You will see in time how Professor James Moriarty and Countess Regina Bartholomew came there to visit THE MOON. 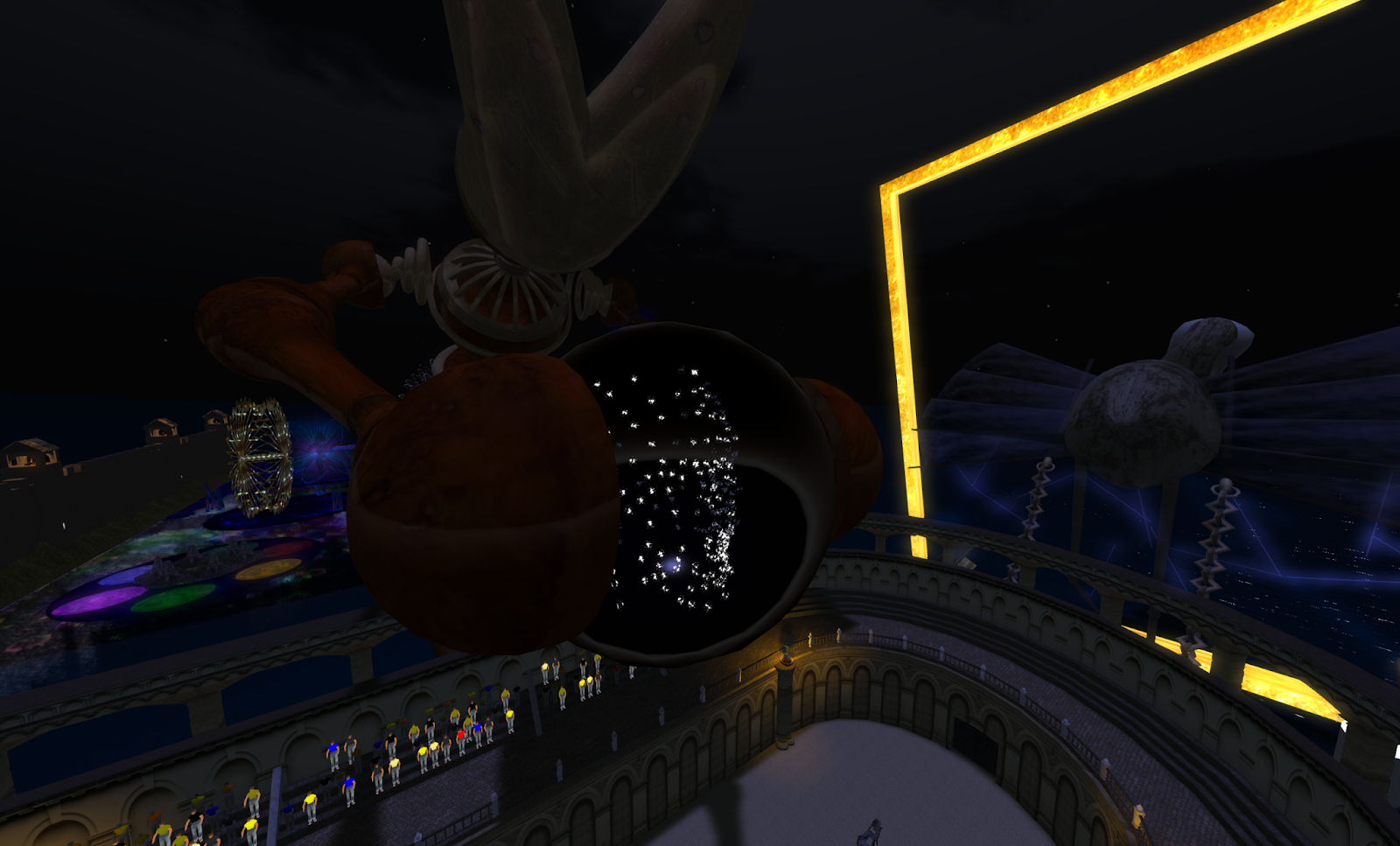 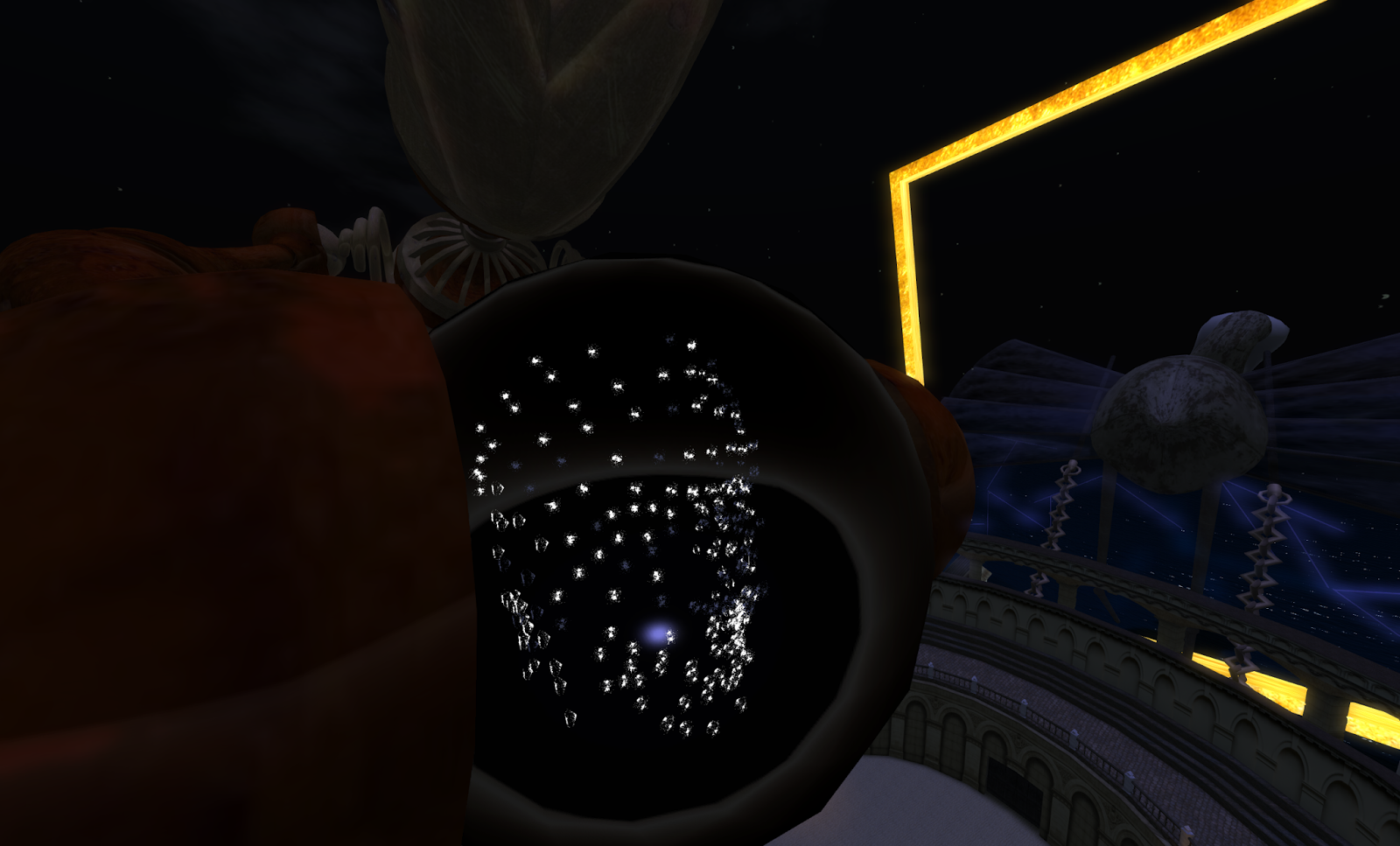 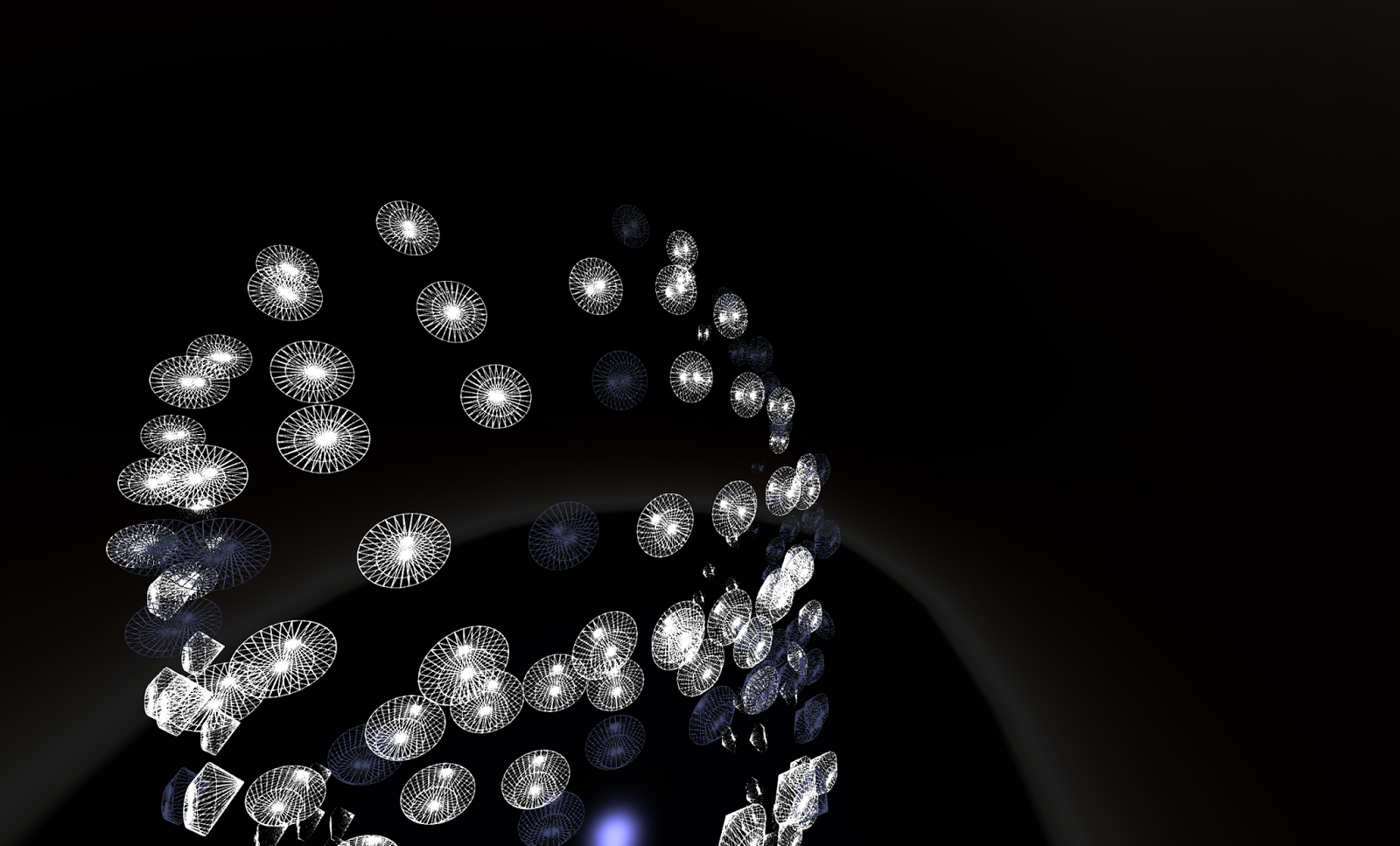 Posted by Afterlife.Dev at 06:15 No comments:

SHIP IN A BOTTLE

It was in 1993 when these words have been spoken in Star Trek, Enterprise "Ship in a Bottle":


"The program fashioned her for me to love. But I must admit I would have done so anyway. She is remarkable. My life has not been the same since I met her. I don't simply love her, captain, I adoreher!"
- Moriarty explains what Countess Bartholomew means to him

"I'm afraid I had no choice but to take control of your vessel."
- Moriarty
"Captain. I have determined how Moriarty was able to leave the holodeck. He never did. Neither did we. None of this is real. It is a simulation. We are still on the holodeck."
- Data solves the mystery
"Release control of this ship!"
"I'm afraid I can't do that."
- Riker and Moriarty, (using the same sentence HAL 9000 uses when in control of the USS Discovery in the movie 2001: Space Odyssey)
"I will not release your vessel until I am looking at it from a shuttlecraft window."
- Moriarty demands passage on a shuttle
"As far as Moriarty and the countess know, they're halfway to Meles II by now. This enhancement module contains enough active memory to provide them with experiences for a lifetime."
"They will live their lives and never know any difference."
"In a sense, you did give Moriarty what he wanted."
"In a sense, who knows? Our reality may be very much like theirs. All this might just be an elaborate simulation running inside a little device sitting on someone's table."
(all but Barclay leave)

"Computer, end program."
(Barclay smiles, and the "program" ends - the episode fades to credits)
- Barclay, Picard, and Troi in the final scene Posted by Afterlife.Dev at 15:02 No comments:

I, The Algebraist, send you greetings from the center of the Moon, The Water Moon. Listen to my voice ...
Posted by Afterlife.Dev at 00:01 No comments: