SHIP IN A BOTTLE

It was in 1993 when these words have been spoken in Star Trek, Enterprise "Ship in a Bottle":


"The program fashioned her for me to love. But I must admit I would have done so anyway. She is remarkable. My life has not been the same since I met her. I don't simply love her, captain, I adoreher!"
- Moriarty explains what Countess Bartholomew means to him

"I'm afraid I had no choice but to take control of your vessel."
- Moriarty
"Captain. I have determined how Moriarty was able to leave the holodeck. He never did. Neither did we. None of this is real. It is a simulation. We are still on the holodeck."
- Data solves the mystery
"Release control of this ship!"
"I'm afraid I can't do that."
- Riker and Moriarty, (using the same sentence HAL 9000 uses when in control of the USS Discovery in the movie 2001: Space Odyssey)
"I will not release your vessel until I am looking at it from a shuttlecraft window."
- Moriarty demands passage on a shuttle
"As far as Moriarty and the countess know, they're halfway to Meles II by now. This enhancement module contains enough active memory to provide them with experiences for a lifetime."
"They will live their lives and never know any difference."
"In a sense, you did give Moriarty what he wanted."
"In a sense, who knows? Our reality may be very much like theirs. All this might just be an elaborate simulation running inside a little device sitting on someone's table."
(all but Barclay leave)

"Computer, end program."
(Barclay smiles, and the "program" ends - the episode fades to credits)
- Barclay, Picard, and Troi in the final scene 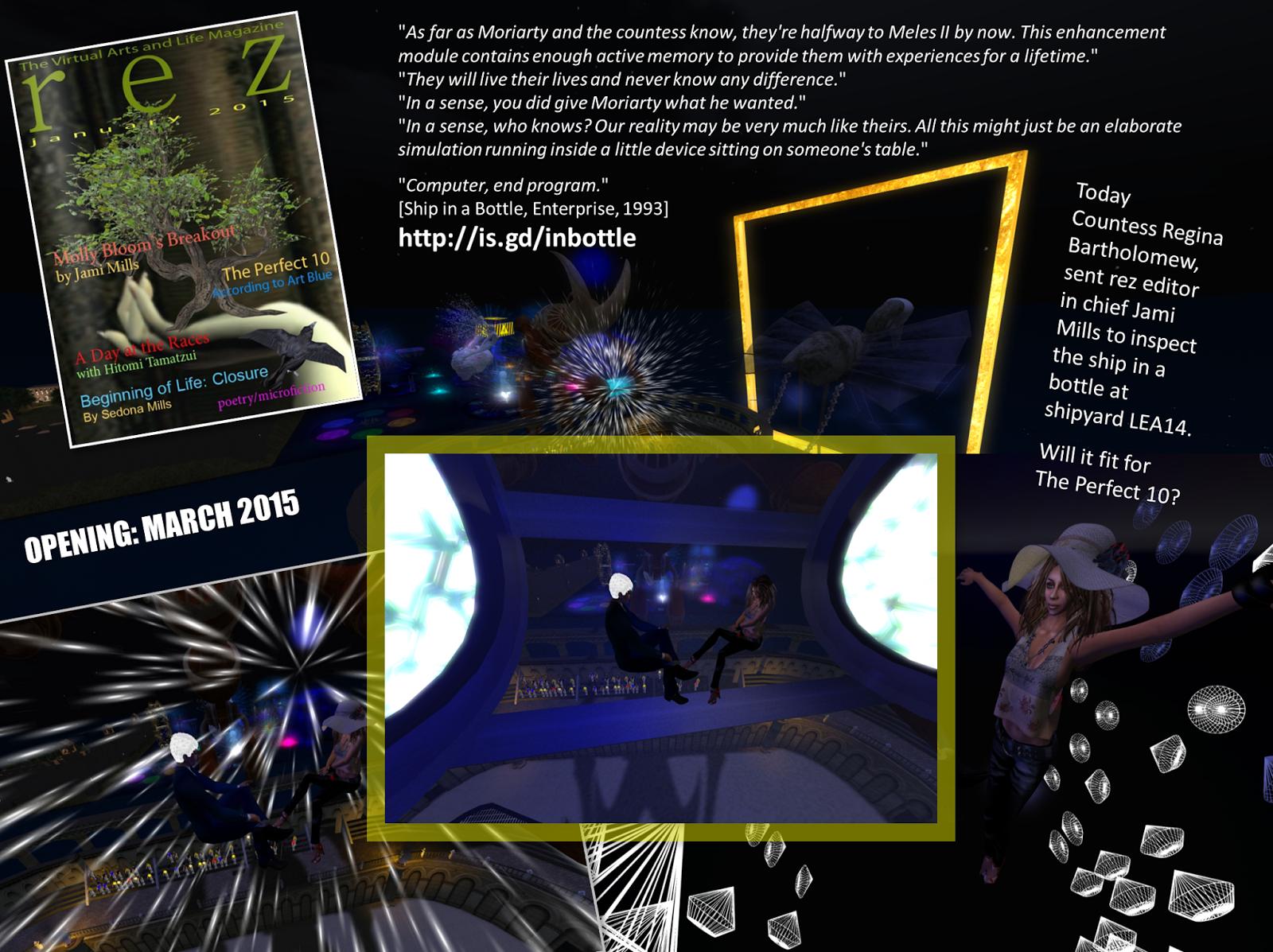