THE DICE has it all in a short play:

THE DICE was performed on Thursday, 4th June 2015 1.00 PM PDT at LEA14. The following persons got a ticket and  have been present:

Jami Mills, chief editor of rezmagazine
Cassie Parker [nanki Hendes], creative director of rezmagazine
PatriciaAnne Daviau, liaison officer for Linden Endowment for the Arts
Arrehn Oberlander, developer of Metaharper camera flight system
WizardOz Chrome, machinima maker for the Moon
Juliette [Surreal Dreaming], Art curator and journaliste of Roissy Val d´Oise
Moewe Winkler, LEA artist and creator of the speaking DaDa fish on the Moon: “The Fisch”
໓OVΣ [TheDove Rhode], artist holding a life award for admiring The Moon
Mario [Mario2 Helstein], Light performer for the Moon, LEA neighbor grant No. 15
Jo Williams, Light performer and co-worker with Mario
Haimrich Fredriksson, manager of Tuty´s production, sponsoring the Dark Side of the Moon tattoo by TuTys
Artefice Maximus, chief builder and scripter of the MOONREZZER
Art Blue, curator and architect of The Moon. Author of THE DICE.
Leop̶o̶l̶d̶  [leopold Zifer], got a lucky ticket in the afternoon as he got stuck in a Metaharper flight test between the passage from the SOULREZZER to CODE64.SPACE and the ambulance had to be called.

Region full messages appeared and passages in have been therefore denied. The Moonholders and players of THE DICE claimed the resources that SL1 can offer. Never before have been 14 bot Avatars in a play on a sim with 30.000 prims [14.600 on land, 15.500 in air]. Nevertheless the lag was quite low, which was the idea we wanted to get proof. A full real life inside the simulator can happen! Two players know it for sure, but this is another story.

In total during THE DICE arrived: 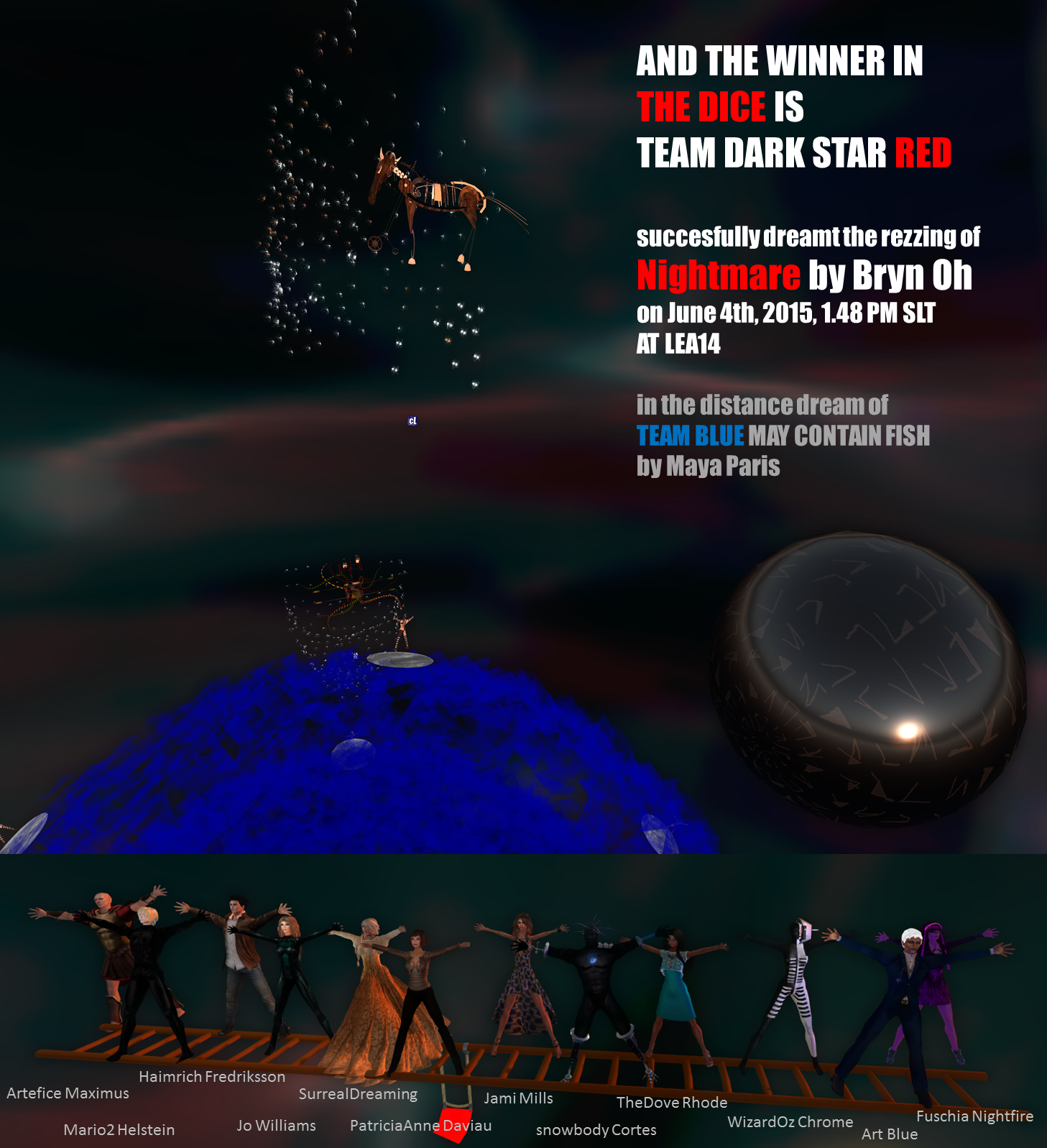 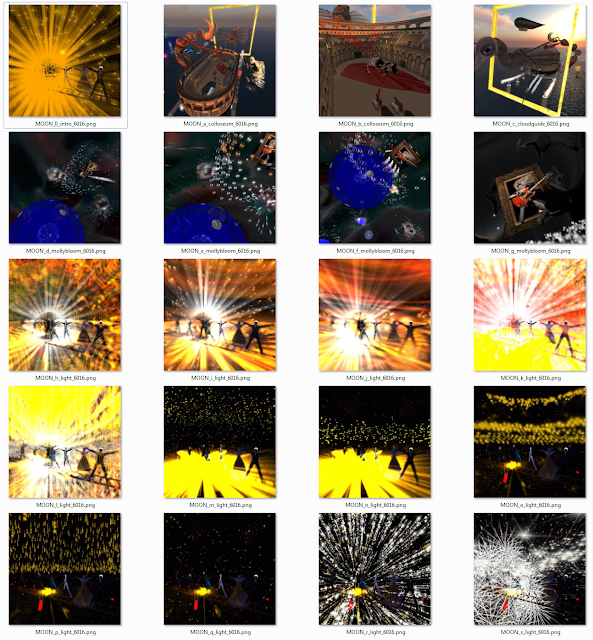